“What Dan Brown spawned in his DaVinci Code, William Rawlings has mastered in his fourth mystery, Crossword, a cruciverbalist’s dream that pits language against mathematics in a furious hunt for a top-secret, life-saving truth. ”

“Masterful! Rawlings chaffeurs you along with comfortable prose and easy dialog, then slams you with a violent twist or abrupt murder. ”

“If one puzzle isn’t enough, William Rawlings gives you four to solve in Crossword—with a couple of homicides to book. This is an absorbing page-turner with a conclusion that blows you away. A great read for all who love mysteries. ” 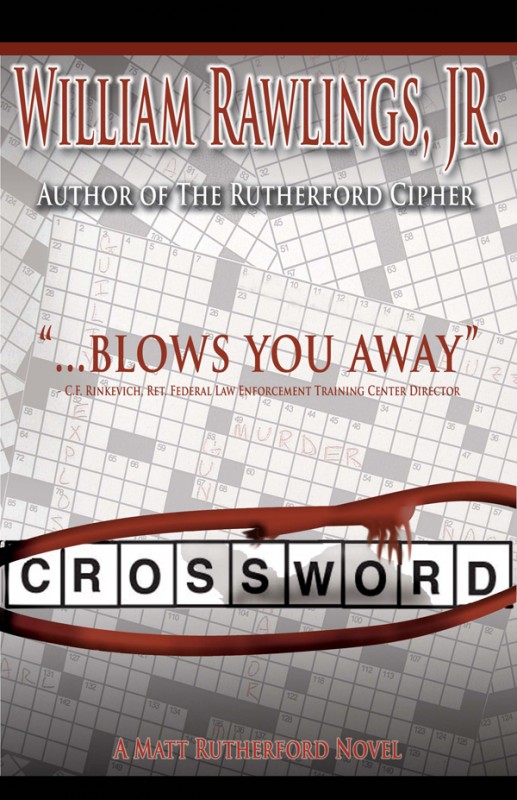 A Yankee lawyer semi-retired from a prestigious New York firm. Clues hidden in a series of crossword puzzles. One of America’s leading art auction houses. Missing millions stolen from a Middle Eastern terror group. The planned assassination of Georgia’s senior Senator. They are all woven together in the intricately crafted and fast-moving plot of Crossword, Rawlings’s fourth and arguably best novel.

Matt Rutherford (of The Rutherford Cipher) finds himself dragged unwillingly into having to search for the cause of one murder which will result in his own assassination if he fails to solve the puzzle. Joining forces with the brilliant Lisa Li, the two are caught in a life and death struggle between forces of good and evil, neither of which can be trusted.

As one reviewer wrote, “The climaxes keep coming.” You’ll be on the edge of your seat until the very end.

William Rawlings, Jr. was born and raised in "The Center of the Universe"—Sandersville, Georgia—where he still lives and practices medicine when he’s not busy growing pine trees, traveling, restoring old buildings or writing books.