“We all in the Foreign Ministry thank you for being brave, for being honest, for speaking out when most of your colleagues remained silent. ”

“Mr. Cox, I count myself among your admirers. ”

“An emblem of journalistic courage. ” 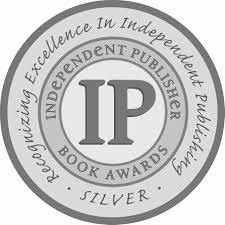 From 1976-1983, an estimated 30,000 people disappeared in Argentina. They were victims of the “Dirty War” – a brutal campaign designed by the government to root out possible subversives. Those suspected of being dissidents were kidnapped and taken to secret detention centers. Most were tortured and then killed – never seen again.

Robert J. Cox, editor of the Buenos Aires Herald, did what few others were willing to do – he told the truth about what was happening. Every day his newspaper reported on the kidnappings and killings. He challenged those in power – asking questions and demanding answers. Cox's commitment to reporting the truth made him a hero to the families of the disappeared, but an enemy of the state.

Cox’s story is told by his son David who grew up under the pall of terrorism, but was inspired by his father’s “great courage to write what was true.” He has written the book that his father could not.

David Cox has been a reporter for numerous international publications, including the Miami Herald, the Sunday Times, Clarin, La Nacion, and Perfil. He worked for the Buenos Aires Herald, and the International Herald Tribune among other newspapers. His first book, coauthored in Spanish with Damian Nabot, about the robbery of Juan Peron's severed hands, won international acclaim. The English version of the book, Unveiling the Enigma, The Secret behind the Defiling of Peron's Corpse will be published in 2008 in the U.S. A version of Dirty Secrets, Dirty War was published in Spanish and titled, En Honor a la Verdad, Memorias del Exilio de Robert Cox.

Cox is a graduate of the College of Charleston and earned an M.A. in mass communications from the University of South Carolina. He is currently a journalist with CNN in Atlanta.