Praise for ​I'll Be Sober in the Morning

“A delightfully humorous collection of political putdowns and comebacks that will make you wish you had said that, while providing wonderful ammunition for future encounters!”

“This collection will provide many smiles for fans of quick quips.”

“Although history may repeat itself (or as Twain reportedly said, at least rhyme), the comebacks delivered by guys like Coolidge and Churchill were of a truly classic vintage. I’ll Be Sober in the Morning is a wonderful reminder that with a little acid finesse, agreeing to disagree in partisan politics can be a downright hoot.”

i'll be sober in the morning 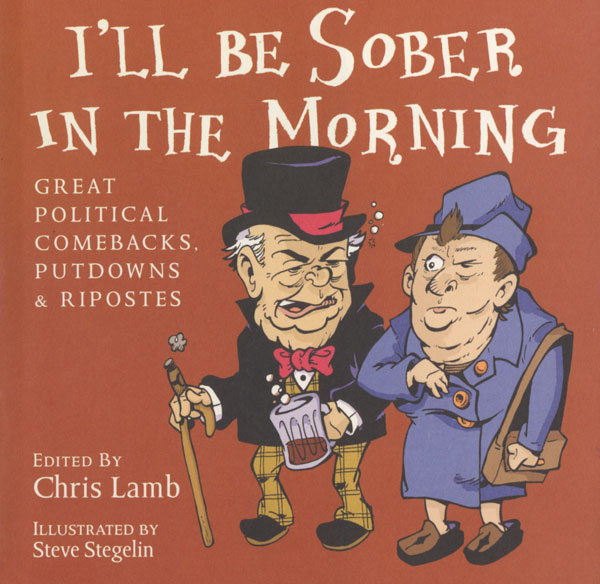 i'll Be sober in the morning

Politicians have been slinging barbs at one another, at reporters, hecklers and critics for at least 2,500 years, as I'll Be Sober in the Morning documents. There are nearly 200 comebacks, putdowns and ripostes in this little book.

Chris Lamb is a professor of Communications at the College of Charleston in Charleston, SC, where he primarily teaches journalism. His writing has appeared in The New York Times, Los Angeles Times, Philadelphia Inquirer, Christian Science Monitor, Newsday, Newsweek and Sports Illustrated. He has been interviewed by National Public Radio, Public Broadcasting Service, the Associated Press, Boston Globe, Chicago Tribune, and the Washington Journalism Review. He lives in Charleston, S.C, with his wife Lesly and son David.