Praise for Secession to Siege

“More than just a handsome catalogue of war time prints, Secession to Siege provides a concise, well-written overview of the Charleston Civil War experience. Douglas W. Bostick has given us an excellent introduction to the time and place.”

WILLIAM P. BALDWIN, author of The Hard to Catch Mercy and The Fennel Family Papers, as well as   numerous non-fiction books on S.C. history and culture.

“These drawings, like war-time photography and film of later generations, capture the moment in dramatic and telling ways. The book is handsomely laid out and excellently prefaced with background information on the journals, the illustrators and the processes they used. The combined narrative and the visuals afford us a bifocal view of the Civil War era in Charleston in a way never before presented. … This book is perfect for those interested in local history, 19th-century journalism and engravings, the Civil War, and the enduring city of Charleston.” 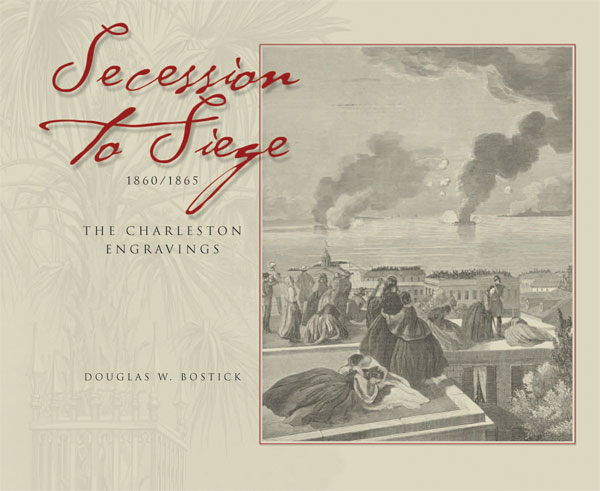 Through images brought together for the first time, this narrated collection reveals the illustrations that captivated 19th-century readers of the newspapers of the day. Together, the pictures and narrative tell an engaging, sometimes harrowing, story of Charleston at war.

Douglas Bostick is a sleuth of an historian who has spent more than two decades actively collecting and piecing together histores of the South. He has written numerous articles that have appeared in historical journals, magazines and national newsletters.