Jason Davidson serves as the director of food operations for Crew Carolina. Davidson has a rich a varied background in the food industry, having served as chef in some of the world’s best known restaurants. He joined Crew Carolina in 1999 as a sous chef for the Boathouse Restaurant in Charleston.

Praise for The Boathouse

“The Boathouse: Tales and Recipes from a Southern Kitchen is a perfect example of one of my favorite types of cookbooks. It’s not only loaded with mouth-watering recipes; it’s also a good read, packed with regional history, personal tales and ingredient tips. It’s a great culinary and cultural reference.”

“Richard Stoney’s two venerable Boathouse restaurants have grown up with contemporary Charleston, and everyone is better for it. This charming cookbook is a mélange of the best of Charleston eating and most colorful of Charleston’s “characters.” I found it irresistible!” 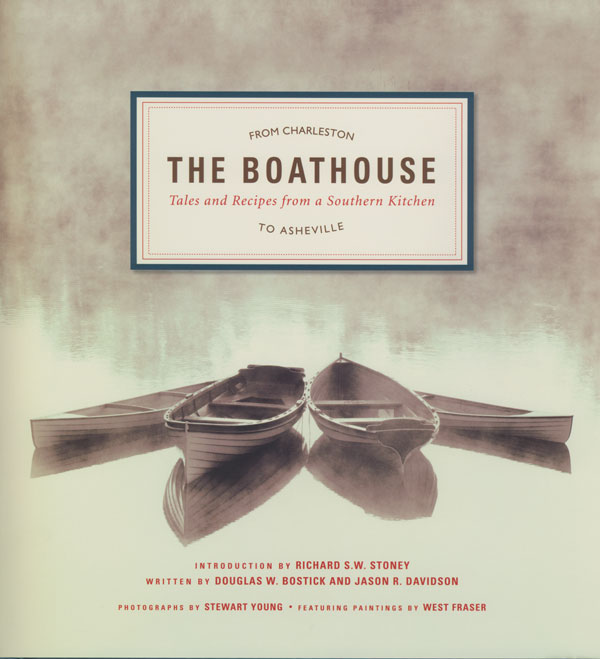 The Boathouse: Tales and Recipes from a Southern Kitchen is a cultural and food history of the Lowcountry and western North Carolina mountains. The book features more than 80 recipes organized by season, including classical Charleston and mountain favorites and some new scrumptious gems. It is peppered with many tales and tips that are themselves tasty morsels to be savored.

Douglas Bostick is a sleuth of an historian who has spent more than two decades actively collecting and piecing together histories of the South. He is the author of three books and has written numerous articles that have appeared in historical journals, magazines and national newsletters.