Praise for The Rutherford Cipher

“With The Rutherford Cipher, William Rawlings stakes his claim as one of the leading practitioners of what might be called the ‘Southern Thriller.’ From Civil War history and forensic medicine to modern cryptography and nuclear physics, the sweep of Rawlings’s story is impressive; his range is wide, but with impeccable authority and impressive invention. The Rutherford Cipher is a great story deftly told.”

“William Rawlings writes like a man with high octane in his fingertips. While reading The Rutherford Cipher, be advised to buckle your seatbelt and enjoy the ride. ”

ED GRISAMORE, author and columnist for The Macon Telegraph 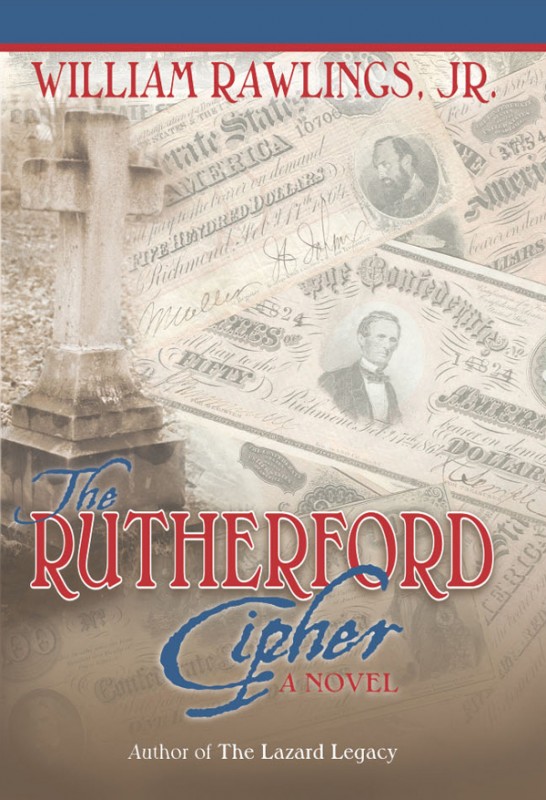 Ever wonder what really happened to the gold that went missing from the Confederate Treasury at the end of the Civil War? Matt Rutherford, out of work and down on his luck discovers that with his aunt’s death he has inherited a fortune, and with it the clues to even greater riches in buried gold—but only if he can decipher clues nearly a century and a half old. The problem is that he’s not the only one looking for it, and the others will stop at nothing, including murder, to find the treasure. This 21st century update of Poe’s The Gold Bug wraps Confederate history, dark family secrets, polyalphabetic substitution ciphers, government conspiracy and nuclear physics in a tale that will keep you turning pages long after should have turned off the light.

William Rawlings, Jr. was born and raised in "The Center of the Universe"—Sandersville, Georgia—where he still lives and practices medicine when he’s not busy growing pine trees, traveling, restoring old buildings or writing books.